A Recipe for Disaster: Why You Should Not Mix Hydrocodone and Alcohol

It cannot be stressed enough that you are not meant to mix any medication with other substances. Doing so can not only hamper the effectiveness of the medication you are taking but could also lead to severe side effects that could be life-threatening.

This is especially true for substances like hydrocodone and alcohol.

Taking hydrocodone with other things such as alcohol can be a recipe for disaster, especially if you’re trying to recover from alcohol intoxication. Read more to learn why:

A Background On Hydrocodone

Hydrocodone is a semisynthetic, moderately potent opioid with analgesic and antitussive effects. It is often used as a component of combination prescription medications (usually painkillers meant to treat moderate to severe pain)

It works by binding to and activating mu-opioid receptors in the central nervous system, causing various effects like respiratory depression, euphoria, analgesia, and cough suppression. Discover more about hydrocodone and hydrocodone overdose in our complete guide.

How is Hydrocodone Taken?

Hydrocodone is taken orally, and its extended-release pill should be swallowed whole without breaking, opening, or crushing.

Since hydrocodone is a Drug Enforcement Administration Schedule II-controlled substance, it has a high potential for abuse. Hydrocodone misuse can very quickly lead to addiction.

What are the Side Effects of Taking Hydrocodone on its Own?

The following are some of hydrocodone’s side effects:

Some other side effects include vomiting, sore throat, or other cold symptoms.

Can You Overdose on Hydrocodone?

Just like most prescribed medication, taking too much hydrocodone can lead to an overdose.

Can You Mix Hydrocodone and Alcohol? What Happens?

The short answer is that you should never mix hydrocodone with alcohol or anything else. You should only take hydrocodone precisely as prescribed and not stray from the instructions provided on your medication guide. 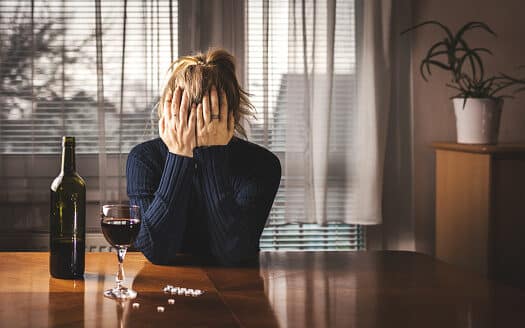 The long answer is that since alcohol is very similar to hydrocodone, it also slows down your physical and cognitive ability which the central nervous system considers a depressant as well.

You should never drink alcohol alongside hydrocodone because doing so causes compounded and enhanced effects that could lead to very serious side effects.

Usually, when you mix two drugs or substances, their adverse effects tend to be stronger. Because hydrocodone and alcohol high causes your central nervous system to depress, mixing them enhances the depressive effects of the other and could overwhelm your body. This would most likely lead to an overdose.

Furthermore, hydrocodone usually comes in combination medication, meaning; it is formulated with other drugs. An example of one of these drugs is acetaminophen. Mixing acetaminophen with alcohol is very toxic to the liver and could cause severe internal damage.

What Are the Side Effects of Mixing Hydrocodone and Alcohol?

Mixing these two substances can lead to very life-threatening side effects. Some of the side effects of taking hydrocodone and alcohol together include: 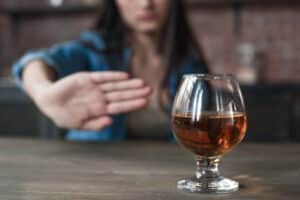 If it does not lead to an overdose, mixing hydrocodone and alcohol could also lead to marked disinhibition and a higher potential to commit reckless acts such as driving under the influence. The weakened cognitive and physical abilities caused by the two substances could trigger a loss of balance. This can lead to accidents like severe falls and can prove fatal.

What To Do in Case of a Hydrocodone and Alcohol Overdose?

If a person is suffering from any kind of drug overdose, the most crucial thing to do is to call 911 and get emergency help right away. Every second that a person spends without getting help contributes to the damage their body sustains, so it is imperative to get help immediately.

Once emergency responders arrive, they would administer a drug called naloxone that reverses the effects of the overdose. However, using this drug alone is not enough. It should only buy the person suffering from an overdose enough time to be transferred to a medical facility and get proper emergency medical treatment.

Prevention is the Best Option: What to Do If Addiction Continues?

People who mix hydrocodone and alcohol are usually people who struggle with both alcohol and opioid dependence. In this regard, the best way to keep them safe from the deadly effects of mixing the two substances would be to help them cope with and overcome their addiction to these substances.

If you need help or know someone battling alcohol and opioid dependence and is looking for an addiction treatment center with quality substance abuse programs in Arizona, consider Buena Vista Health and Recovery Center.