For the past year and a half, people around the globe have been having a rough time. When the COVID-19 pandemic struck, everyone was scared for a whole range of reasons– health, job security, financial stability. 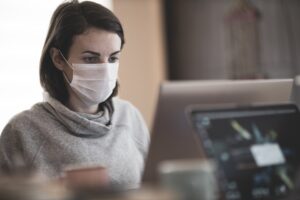 With the uncertainty the pandemic brought, everyone looked for different ways to cope. A fair few turned to positive outlets like working out, spending time with friends, and focusing on family. Unfortunately, others spiraled downward and turned to substance use and abuse.

Recently, medicine has played a massively important role in dealing with the impact of the pandemic. Aside from battling COVID-19 symptoms, people took medication to manage their mental issues. Unfortunately, some began mixing stimulants and depressants to help them get through the ordeal.

Also known as “uppers,” stimulants increase activity in the body. They speed up physical and mental processes, increasing dopamine levels in the brain and eliciting desirable short-term effects.

Stimulants are among the most commonly abused drugs. “Uppers” give you euphoric and calming feelings, as well as elevate your mood with increased dopamine production. These effects are what turn-taking medication into substance abuse and addiction.

There are many types of stimulants. Some are legal, and you can buy them in stores (caffeine and nicotine). Prescription stimulants are those only medical professionals can give out. On the flip side, a handful of stimulants the law bars some stimulants because of their intense effects and damage they can cause.

No matter which kind you take, there is always a certain risk for abuse and addiction. Listed below are some types of stimulants.

As said before, prescription stimulants treat narcolepsy and ADHD. However, those without the disorder frequently abuse these drugs to improve their focus and cognitive capabilities, specifically students.

A 2009 survey by the Centers for Disease Control and Prevention found that about 20% of students in high school admitted to taking an unprescribed prescription stimulant.

Even though teens and young adults often abuse prescription stimulants, addiction can continue for years. Students who depend on these drugs in school can turn into adults who use them to manage responsibilities.

Examples of prescription stimulants include: 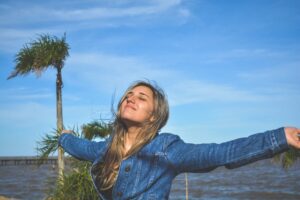 As a result of its euphoric impact, cocaine is possibly the most popular stimulant in the world. Usually injected, snorted, or rubbed on the gums, this white powder creates feelings of heightened excitement, euphoria, and an extreme increase in energy.

Despite the intense high, the effects of cocaine deplete rapidly, usually within an hour of taking it. As a result, users take more and frequently, leading to addiction.

Scientifically known as 3, 4-methylenedioxy-methamphetamine (MDMA), ecstasy, or “molly,” is common in the club or party scene. Affecting many different neurotransmitters, this drug not only stimulates the brain but elicits hallucinogenic effects too. More than that, it increases sociability, making it a popular party drug.

MDMA is being studied for its potential to treat post-traumatic stress disorder. However, it’s currently an illicit C I class of controlled substance (Schedule I), meaning possession of it is illegal except with special permission from the government.

More commonly known as “meth,” methamphetamine is a lot like cocaine– it gives a rush of euphoria and is highly addictive. However, once the effects wear off and you “crash,” you may feel more negative emotions, such as anger and fear.

Abuse of anabolic steroids is not common but also not unheard of. A synthetic form of testosterone, steroids can be addictive to its users, typically athletes or people, into physical fitness or bodybuilding. (3)

Abusing this drug long-term can lead to considerable medical concerns. These include:

As opposed to stimulants, which essentially give you energy, depressants slow down brain activity.

Although different depressants work in different ways, all target the central nervous system (CNS), reducing activity and lowering awareness in the brain. They influence the neurotransmitter gamma-aminobutyric acid (GABA) and cause side effects like relaxation, decreased inhibition, and drowsiness.

Because of their impact on the CNS, many depressant drugs effectively treat several conditions, such as stress, anxiety, panic attacks, insomnia, sleep disorders, and seizures.

Despite their positive effects in treating specific conditions, all depressants can become addictive, like stimulants. If people are not careful in using them, they may turn to substance abuse treatment therapy to recover. (4)

Generally, there are three major types of CNS depressants: sedatives, tranquilizers, and hypnotics. But in this article, we’ll go over more specific examples.

Because of its accessibility, alcohol is one of the most widely taken depressant substances globally. However, most don’t realize it’s a depressant due to the substance’s initial “positive” effects.

When you first start drinking, you may feel relaxed. But the more and quicker you drink, you begin to feel negative emotions.

Contrary to CNS depressants’ ideal purpose, alcohol increases stress and anxiety and triggers other negative emotions like depression and anger.

More than that, chronic drinking can lead to dependence and addiction. (4)

Opioids can be likened to a double-edged sword– it’s one of the most effective treatments for pain and highly addictive.

If you take opioid medication as your physician directs, you’re less likely to develop an opioid use disorder or addiction. Unfortunately, others increase their intake and take it more frequently, developing a tolerance instead.

Once you’ve built up a high tolerance, a cycle of increasing intake begins, becoming an addiction. (5)

Even in small doses, barbiturates can create a sense of euphoria and relaxation. Consequently, this leads some users to abuse it. More than that, it resulted in suppressed REM sleep, a dramatic impact on sleep patterns. (4)

As a response to the high abuse rates of barbiturates in the 1950s and 70s, medical professionals developed and popularized benzodiazepines (“benzos”). With their muscle-relaxing, sleep-inducing qualities, these drugs are highly effective in treating anxiety and insomnia. A less addictive alternative, these drugs are less likely to cause an overdose.

Yet, benzodiazepines still have the risk for addiction. While safe for short-term treatment, improper use can lead to tolerance development. 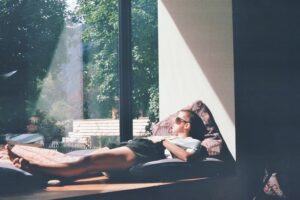 Although they target the CNS and stimulate the GABA neurotransmitter, they do it differently: they don’t reduce anxiety.

Additionally, while they have fewer side effects and a lower risk of addiction than benzos, long-term use and abuse can lead to dependence and addiction. (4)

Consequences of Mixing Stimulants and Depressants

Now that we know the difference between depressant and stimulant drugs, here’s why you should not take them together.

Abusing one drug alone already carries its own dangers, but mixing stimulants and depressants at the same time elevates the danger of an overdose. Both drugs create opposite effects, and your body may act unpredictably, possibly negatively or fatally.

In an interview with scientists from the National Institute on Drug Abuse, they say that taking the two types of drugs make it more likely to have an overdose and potentially die.

They add that over-the-counter drugs are “a little bit scary” because it’s unlikely to realize there is a connection between them. So, dangerous situations don’t have to include illicit drugs like heroin. Problems may arise with simple medicine for colds and alcohol.

Other consequences of mixing stimulants and depressants

Because of their opposing effects on the body, mixing stimulants and depressants is not only risky but dangerous. Stimulants speed up body and brain activity while depressants slow them down. Taking them together can have an adverse effect on the body.

Even taking one drug has the potential of addiction. Fortunately, you can treat substance use disorders. From medical detox to group therapy, anyone can begin their journey on recovery.

If you’re looking for a place to heal from a stimulant or depressant use disorder, turn to Buena Vista Health and Recovery Center. Fully equipped, our team of professionals provides addiction help to anyone struggling with a substance use disorder. Along with a variety of treatment programs, we can help you get your life back.