Hallucinogens, or psychedelics, have been around for a very long time and have been used for various reasons. Historically, people use hallucinogenic plants in religious rituals to bring about “visions” that connect them to a spirit world and provide mystical insight.

Today, however, psychedelics are used more for social and recreational purposes. People also use them for fun to help them relieve stress and even to boost their creativity.

Unfortunately, most people don’t understand that there are long-term effects of hallucinogens from continued use. Most of its effects are dangerous to your well-being.

In this article, we’ll talk about what hallucinogens do to you, both short-term effects and long-term repercussions. 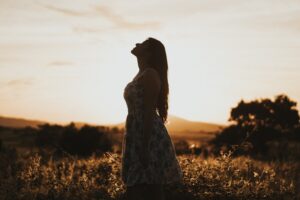 There are several hallucinogens examples and effects. In fact, each type of psychedelic and has its effect. The “trip” will also vary from person to person and dose to dose.

In addition to that, hallucinogen side effects and how long they last will be different every time you take a drug. If you’re lucky, you get a positive experience where you feel relaxed. On the flip side, there’s a chance for you to get a “bad trip.” In most cases, it will involve anxiety and fear.

But there are general sensory effects you can expect. Hallucinogens may cause the user to experience:

On the same note, there are also physical effects of hallucinogens:

Although there is the medical use of hallucinogens, long-term use can turn into abuse. Because of all the effects, many people continue taking hallucinogens.

Unfortunately, if you do so, you develop a tolerance to the drug. Consequently, to get the same effect, you’ll increase your doses and take them more frequently. However, according to the National Institute on Drug Abuse (NIDA), DMT does not induce tolerance.

Hallucinogenic drugs that affect the same part of the brain can lead to cross-tolerance. For example, if you’re using LSD, you may become tolerant to mescaline or psilocybin as well.

Every time you take a drug, there are always risks involved. But if you continue taking them, the risks not only continue but pile on. 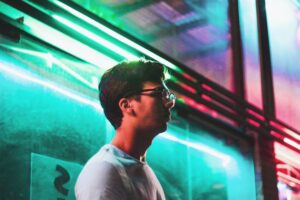 There are two major consequences to the long-term use of psychedelics.

The primary mark of HPPD is visual disturbances. Therefore, it means that in your peripheral vision, you may see random colors, shapes, halos, and movement.

Sometimes, these symptoms are mistaken for neurological conditions, such as a brain tumor or stroke.

Sometimes, long-term use of psychedelic drugs can lead to longer-lasting and persistent psychosis. Symptoms for this include:

Another effect of hallucinogens is having a flashback. During a flashback, you’ll experience some or all symptoms of a trip, even while sober. This includes changes in perception, feeling, and mood. These flashbacks can occur months or even years after you’ve stopped using. They can either be triggered by stress, fatigue, or other drugs or happen unexpectedly.

Other long-term effects include:

Psychedelics, specifically LSD, can lead to the frequent onset of panic and anxiety, which some people experience as a part of a bad trip.

While hallucinogenic drugs cause side effects that resemble some core symptoms of schizophrenia, there aren’t sufficient studies to see a direct connection for causality. Hence, you should research on the relationship between LSD and schizophrenia which halted when the drug was made illegal.

Nevertheless, many believe that the two are simply related by the commonality of their symptoms and effects.

Hallucinogen drug tests may include markers, such as :

Many of the standard drug tests for everyday purposes don’t usually look for shrooms. However, some specialized tests do. 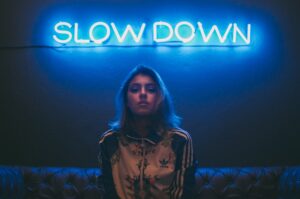 Taking hallucinogenic drugs once is already dangerous but underestimating the severity of abuse and addiction is even more so. Aside from the long-term effects mentioned above, abusing these drugs can cause suicidal thoughts and adverse changes to your behavior.

Although some psychedelics don’t need treatment, you may still risk your life with addiction. Luckily, there’s a whole range of treatments you can choose from to help you recover now. This may include inpatient programs to prescription drug detox to group therapy.

The Dangers Of Hallucinogens

Psychedelics or hallucinogens have been around for centuries. But because of its popularity with recreational and social use, it’s become more dangerous. While short-term effects can lead you on a “colorful” trip with relaxation and bright visuals, you can also experience a bad trip with anxiety and fear.

More than that, the long-term effects of hallucinogens can also negatively affect your life, whether it’s flashbacks, HPPD, or persistent psychosis, and even substance abuse. However, with the right kind of medical attention, you can recover from these effects.

Start your healing in a place that offers substance abuse treatment therapy. Turn to Buena Vista Health and Recovery Center. Fully equipped, our team of professionals provides addiction help to anyone struggling with a substance use disorder. Additionally, along with a variety of treatment programs, we can help you get your life back.