Hallucinogenic Drugs Examples: How It Affect One’s Brain and Health

People use drugs for several reasons because they want to feel good, perform better, feed their curiosity, or fit in their social circle.

One of the common substances used today is hallucinogenic drugs. Historically, psychoactive plants are consumed as part of religious rituals in many cultures. It aims to achieve spiritual healing and allow communication with a spirit world.

However, lately, people have been using these drugs for recreational purposes. In like manner, they also believe that it helps them release stress and have an enlightened sense of being. 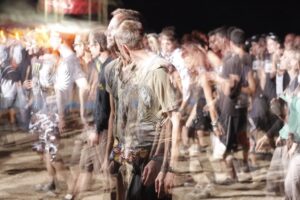 Hallucinogens, also referred to as “psychedelic drugs,” can change a user’s perception of reality. Therefore, it makes you see, feel, and hear things that seem real but are not—distorting your interpretation of what’s going on around you.

These drugs can be found in some plants, such as peyote cactus and certain mushrooms, but they can also be synthetically manufactured.

There are two classifications, namely classic hallucinogens and dissociative drugs. The former causes one to hallucinate, while the latter alters a person’s state of mind and mood without causing them hallucinations.

How Do Hallucinogens Work?

On the other hand, dissociative drugs inhibit the action of the brain chemical, glutamate, that controls one’s sensitivity to pain, responses to the environment, emotions, as well as learning and memory.

How Do Hallucinogens Affect the Brain and Body?

Each drug produces a different effect. It generally depends on the type of substance used, the strength of the dose, and the current state of the person taking them. Below are some short-term and long-term effects of hallucinogenic drugs, such as:

Are hallucinogens clinically useful drugs? According to the United States Drug Enforcement Administration (DEA), most hallucinogens are classified as Schedule I controlled substances. Hence, they have no known medicinal purpose and are subject to abuse. Also, it results in physical or psychological dependence.

Users can also overdose on hallucinogenic drugs when consuming high amounts. The fact that this drug causes a person to experience a profound alteration of perception and mood poses the risk of serious harm, such as:

What Are The Types Of Hallucinogens?

Also known as hoasca, aya, and yage, this substance is consumed like tea. It is brewed from plants with a powerful hallucinogenic chemical called N,N-Dimethyltryptamine (DMT). Due to its psychoactive ingredients, drinking it can transform your level of mindfulness.

N,N-Dimethyltryptamine is a natural chemical in certain Amazonian plant species. It comes in a crystalline powder form, and people vaporize or smoke it.

Unlike Ayahuasca and DMT, D-lysergic acid diethylamide (LSD) is a synthetic chemical. It is considered the most potent hallucinogen, as it can trigger hallucinations and changes in moods. 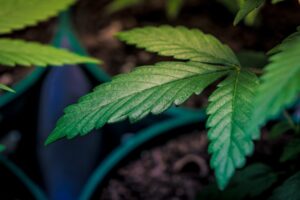 With delta-9 tetrahydrocannabinol as its active ingredient, marijuana influences its users’ learning, memory, appetite, coordination, and pleasure.  It releases a chemical called dopamine to give you euphoric feelings. However, when taken in high doses, it can cause you to lose touch with reality. In addition, it is a recreational and as a medicinal substance.

This natural element is extracted from small cactus called peyote and in some members of the Fabaceae (bean family). Natives of Northern Mexico and the Southwestern United States often use it in their religious rituals and ceremonies. Users dry out the plant’s disc-shaped buttons before they chew it. Also, some people prefer to soak it in liquid to make an intoxicating drink.

Specialists initially developed PCP as an anesthetic. However, experts stopped using it on humans as they discovered some of its adverse side effects. It also comes in a white power or liquid form, and users usually snort, smoke, inject, or swallow it. Consequently, in the same way, it causes hallucinations and extreme sensations in their body. When taken in large doses, users may experience life-threatening health risks and severe mental health problems. 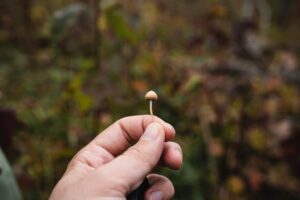 Psilocybin is a hallucinogenic chemical present in certain types of dried or fresh mushrooms. You can mix this with food or brewed for drinking. The effects of psilocybin normally begin within 30 minutes of ingestion and last for 4–6 hours. Changes in sensory perception and thinking patterns can persist for several days in some users.

Why are Hallucinogens Illegal?

Hallucinogens are considered to be illicit because they are addictive. As we’ve mentioned earlier, it has a high risk for abuse, and it doesn’t have any medical use.

Users who take this substance regularly often feel the need to ingest even higher dosages to get the same level of “high”. This practice, however, is risky because as the dose grows, the chances of the user having a “bad trip” and side effects increase.

So, if you cannot stop taking drugs on your own, it is advisable to undergo rehab to get the support you need.

There are several tests currently used to detect hallucinogens. For instance, immunoassay analysis of abused hallucinogens can detect the main ingredients of marijuana.

Other centers also offer a variety of tests that cover a wide range of hallucinogenic drugs. This allows specialists to detect misuse of substances. 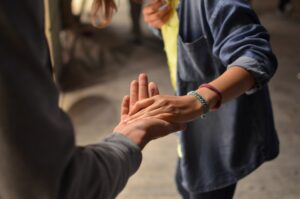 In some instances, people rely on drugs to get through their day and escape their problems. While not all hallucinogens drugs are addictive, using them over time can result in health problems. Hence, seeking treatment is necessary to manage your dependence on the said substance.

If you or a loved one is struggling with drug addiction, Buena Vista Recovery offers substance abuse treatment therapy. We provide personalized care and guidance to our patients so they can safely reintegrate into the community. Our compassionate team of addiction therapists and clinicians will help you tackle and overcome your struggles with substance abuse.

We’re here to listen. So, if you’re ready to reach out, you may contact Buena Vista Health and Recovery Center at 800-922-0095 or visit our locations.